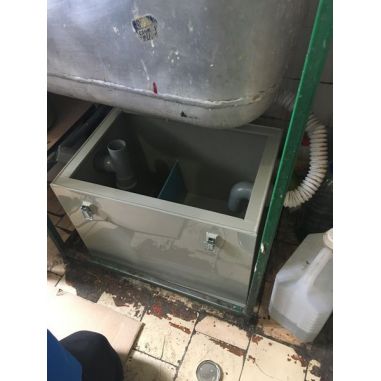 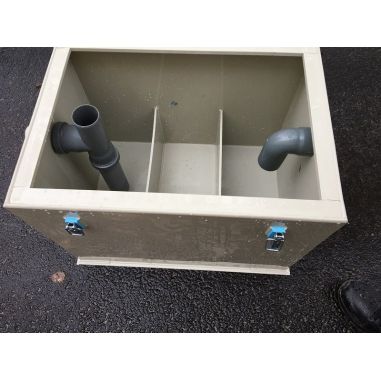 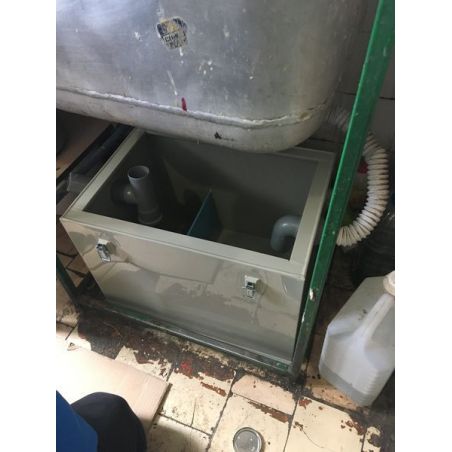 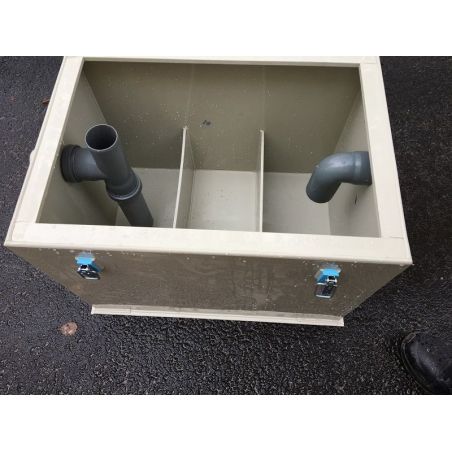 Pickup – from our warehouse in Kharkiv

Sending – to the address or branch of NovaPoshta in Ukraine

Consulting – on selection of equipment

Discounts - we invite you to permanent cooperation

This is a grease trap that is installed under the sink, good demand, since it refers to a series of "compact grease traps", but at the same time has a sufficiently large size and is able to cope with a relatively large volume of fat. Dimensions 520 x 470 x 370 mm . install in areas with limited space under the sink, but more often by her side, copes with the task of sewage treatment from fat and food residues. Due to its size it is much less frequent cleaning. Can pass the water flow of 0.14 liter/sec or 0.5 m3/h. Salvo water discharge in such a grease trap is 50 liters. The diameter of the pipes 50 mm. has a very convenient cover, which can be used as a stand. Cover during operation is not deformed. It has a high-quality, expensive seal, which prevents unpleasant odors out of the septic tank. The cover is very convenient and easily attached to the grease. And the seal is attached in such a way that does not fail in a constant mode of operation.

Save products on your wishlist to buy them later or share with your friends.

This site uses cookies. By using
the site, you agree to read or write them
in accordance with your browser settings.